Greninja debuts in Pokemon Scarlet and Violet this weekend, giving players the first chance to catch the Pokemon X and Y water-type.

Greninja will appear in 7-star Tera Raid Battles at black crystals around the map.

The event will take place on two separate occasions. The first session will start and end at the following times:

The second session will start and end at the following times:

For the first time, “Unrivaled” Greninja will appear. The Pokemon promises to be among the strongest in any raid battle in Scarlet and Violet, with an expected level of 100, the same level as the Unrivaled Charizard and Unrivaled Cinderance which have both been available recently.

Starting off with a new Paldean form of an old friend, Clodsire is a great choice for this battle thanks to its ability. Clodsire has the ability Water Absorb, which means it heals itself when it’s attacked with water-type moves.

Combine this with a high defense stat and Clodsire is going to be a very difficult Pokemon for Greninja to dislodge from battle. Because poison-type is weak to ground-type moves, load up your Clodsire with Earthquake to deal significant damage to Greninja. 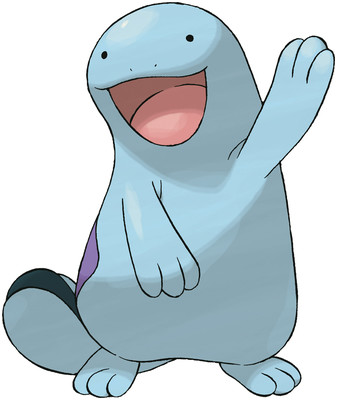 Much like this Paldean cousin, the ability Water Absorb makes Quagsire a fantastic choice for the raid. Quagsire can also do pretty significant damage against Greninja by doubling the damage of powerful ground-type attacks with Curse.

We get the feeling that you’ll be seeing a lot of Quagsire and Clodsire on teams, which means that while Greninja is unlikely to be completely melted int he same way that Azumarill destroyed Charizard and Cinderace, the sheer amount of defense and healing capabilities each has means this will be another 7-star raid that isn’t overly challenging.

Use Zen Headbutt boosted with Swords Dance for some solid damage throughout the fight. If you want to know how to get Kingambit, you can check out our guide on how to evolve Bisharp into Kingambit.

Lucario’s immunity to poison-type attacks makes it a great choice for the 7-star Greninja raid. While we’d likely recommend one of the Pokemon with water resistance more if you’re looking to use Lucario and have one with a good Tera-raid build, it’ll make light work of Greninja.

Zen Headbutt can be buffed with Swords Dance in order to take chunks of damage off Greninja, the real problem will be withstanding the high-damaging water-type attacks, which is why we still recommend Clodsire or Quagsire above Lucario.

Review: Pokémon Scarlet and Violet are the most feature-rich entries in years

A new Nintendo Direct could drop next week, it’s claimed

The Last of Us’s Nick Offerman hasn’t played a game in 25 years, and blames Banjo-Kazooie

Redfall will require an online connection, even in single-player, Bethesda confirms

Super Nintendo World Stamps guide: How to unlock all 170 Stamps

In this guide, we’ll show you the best meta weapons for Season 1 Reloaded
1 month ago
By commenting on this article you agree to adhere to VGC’s community guidelines.